Are nursing homes a safe haven or breeding ground for elderly abuse?

Back in 2014, a horrible violation happened to Sonya Fischer, an 83 years old woman with Alzheimer’s. A male caregiver raped Sonya thinking that nobody would find out since the ailing woman was not able to talk.

Everyone found out and he was sentenced to 8 years behind bars. However, that did not help Sonya’s daughter Maya Fischer to sleep well as she still feels the guilt of entrusting her mother’s life and well-being to an institution that failed them terribly. The ultimate price – Sonya’s last days on Earth were woven with misery

We entrust our close elderly relatives to nursing homes thinking that these establishments will be able to offer professional care and answer the growing needs of an aging adult. 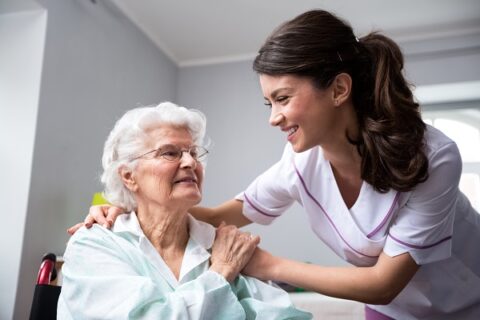 What happens when those needs are not met? How does one live with the guilt of trusting the care of a loved one to a nursing home that in fact employs rapists and negligent staff?

Crimes such as rape, negligence, psychological and physical abuse are too common in nursing homes across the whole country. According to an article published by nanha.org every 1 in 10 adults face some kind of abuse during their stay in a nursing home. These numbers are very worrying and are talking about the cracks in the system which need to be repaired immediately.

Overworked, underpaid staff and inadequate training might be the most significant reasons behind many of the abuse cases. There is a serious issue of a lack of trained staff. In some nursing homes, one caregiver works with 30 people on a daily basis. Numbers high as 64% of the nursing homes staff admit that they have committed some form of abuse.

However, the abuse numbers are under reported as elderly people struggle to voice out the torture they face in part because they might not be able to do so due to physical limitations and illnesses or because of fear of retaliation or shame.

According to a report published by the WHO, an estimated 1 in 24 elderly abuse cases gets reported. The numbers are expected to get much higher and by 2050 we will be witnessing over 300 million abuse reports every year.

Nursing home abuse is going to become worse as the country’s economy is struggling to keep afloat during the current pandemic crisis. Now more than ever it is of utmost importance to keep a watchful eye on the nursing home your loved one is staying in, as the mere presence in form of regular calls can significantly reduce the chances of your loved one suffering abuse.

In the event of any abuse taking place, there are many great law firms that are specializing in nursing home abuse.

Nursing home abuse attorney can be the right call when abuse has happened. They will hold the nursing home and the staff involved accountable for any wrongdoings to the person in care.

Enjoying the golden years in life after working hard and paying taxes is a right that everyone has the privilege to take advantage of. We ought to build a better world not only for our children but for our ailing parents as well.