What If You're Hit By An Uninsured Driver? - JT Legal Group

What If You’re Hit By An Uninsured Driver?

What if i am hit by an uninsured driver?

It’s a situation you might have never seen coming: While driving to work one day, you’re stopped at an intersection, and are suddenly struck from behind by a driver pulling out of a blind alley. You’re thrown forward and your airbags deploy, causing minor but painful injuries to your neck and back, and moderate damage to the rear end of your car. The other driver has also gotten minor injuries in the crash, and is dazed, but seems to agree: Because you were stopped at the light, the incident was entirely the fault of the other driver. A painful inconvenience, perhaps, but an and shut case, you think. But then ” you discover that the other motorist was uninsured.

What do you do?

Thankfully, this is a common problem, and one for which there are relatively simple solutions. JT Legal Group is here to help, with our guide to how to act in the event that you’re hit by an uninsured driver, and how to best prepare for such an eventuality in the future.

Is an accident with an uninsured driver even a risk worth planning for?

Yes! While all states require their licensed drivers to purchase motor vehicle insurance, insurance laws don’t necessarily mean that every driver on the road is in compliance. Rates of uninsured drivers certainly differ from state to state (from as low as 4.5% in Maine to 26.7% in Florida, meaning over a quarter of drivers on Florida roads are uninsured). Rates of under-insurance are more difficult to determine, but no less relevant. While your exposure to the liability threat posed by uninsured drivers will vary depending on where you live, it is always greater than zero, meaning it is critical to understand what to do in the event you’re hit by one.

The first thing you do is call 911

As well as to ensure that there are no major injuries that must be attended to before you begin to collect evidence. During these initial stages, the traditional reaction of ‘call the police and gather information’ differs little from an incident with an at-fault driver who is insured: You should go about collecting the name and identifying information of the other driver (such as address and drivers’ license information), the license plate numbers of all cars involved, and as much information about the extent of the damage as possible, including accurate timetables and images. In the recent past it might have been unreasonable to expect every driver to carry a camera to document accident damage, but in the age of the smart phone, there’s little excuse to not take evidentiary images. Like any other incident, remember: After you call, the police are on their way, so if you feel unsafe talking to the other driver (especially if it’s their fault), simply wait for the police to arrive on the scene.

Once the police arrive

Your next responsibility is to cooperate with the police and provide statements regarding the facts of the incident to the best of your ability. Again, in this regard, your responsibilities do not differ substantially from an incident with an insured driver. You should obtain a copy of the police report, but the police will also forward another copy to the insurance company. After this, you only have to await your insurer’s judgement.

The determination of who pays for damages and holds liability in the case of an at-fault but uninsured driver is largely determined by the laws of your state, and especially whether your state uses ‘no fault’ or tort laws. No-fault laws are just what they sound like, and mean that in the case of an accident, every driver must file an insurance claim following an accident, even in incidents where one party was plainly at fault, and require purchase of ‘no-fault’ or personal injury insurance in case of auto accidents. Though local insurance laws vary, ‘no fault’ states (Oregon, Utah, North Dakota, Minnesota, Arkansas, Kentucky, Florida, Maryland, D.C., New Jersey, Pennsylvania, New York, Rhode Island, and Massachusetts) place substantial limits on lawsuits, meaning damage liabilities are often divided between all parties in an auto accident. If you live in a ‘no fault’ state, you’ll likely be held liable for some portion of the accident damages even if the other party is uninsured, and unless you suffered severe injuries in the accident, ‘no fault’ insurance laws likely prevent you from suing the uninsured driver.

Unfortunately, outcomes aren’t much better if you’re hit by an uninsured driver in one of the majority of states which uses traditional tort law. Though these states’ laws stipulate that the person at fault for the accident is held liable, and extend such liability to the insurance of a driver whom police reports have determined to be at fault, this doesn’t help you if the other driver was uninsured. On a positive note, your own insurance won’t be charged (like it might in a ‘no fault’ state), and you are free to sue the other driver, but there is a good chance that if that driver is driving without insurance, you won’t be able to recover much in a civil suit, and may still come out behind due to legal fees.

The solution for both scenarios, and which matches the insurance laws of all states, is a simple precaution called under-insured or uninsured motorist coverage (UMC). This is a type of insurance which covers your expenses if you’re involved in an accident with an ‘at fault’ driver who is either entirely uninsured, or whose insurance coverage is insufficient to pay your damage or medical expenses. Requirements to purchase such insurance vary widely from state to state, but are a highly useful and prudent purchase anywhere, especially states with high rates of uninsured (such as Florida), or densely-populated states with ‘no fault’ accident insurance laws (such as New York and Massachusetts). As a supplementary insurance, your purchase of UMC can prove the deciding factor in whether an unlikely accident with an uninsured driver is merely an unfortunate but temporary inconvenience, or a financial burden that ends up lasting years.

Where you, or someone you love, injured or killed by an accident in Los Angeles or elsewhere Southern California?  This is an extremely common occurrence in both Los Angeles as well as California more generally. If this impacted you or someone you know or love, contact us immediately at (888) 529-3111 or [email protected] Our experienced personal injury lawyers have successfully pursued personal injury claims against dozens of negligent drivers who have injured or killed pedestrians, bicyclists or innocent bystanders in Los Angeles in the past in hit and run accidents and we fight tooth and nail to recover every element of damage for our clients that they are entitled to under California law.  Without the help of a trusted personal injury law firm like JT Legal Group when you have been injured or killed in a hit and run incident in Los Angeles or some other part of Southern California, your claim may be subject to getting pushed to the side or completely rejected. For more information, including a no cost consultation regarding your particular situation, contact our firm immediately ” we’re here to help you.

Has your property been damaged?If so, we can help – contact our firm immediately. 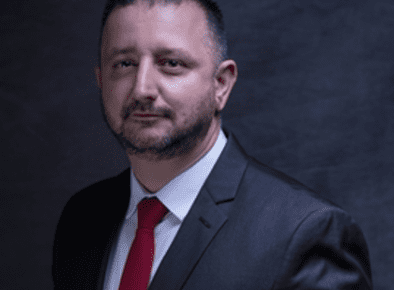 Your no cost case evaluation with a reputable attorney is available by calling:

What If I Get Into An Accident With (Or As) A Non-Citizen?