You were in an accident, what next?

If you have been hurt in a car accident, it is in your best interest to file a personal injury lawsuit as quickly as possible. You will typically have two years from the date of the accident to take such a step. However, the statute of limitations may be extended depending on the facts of your case. A California car accident attorney may be able to provide more insight into the potential benefits of taking action in a timely manner for an insurance claim of the collision.

In most cases, you are contractually obligated to report an accident to your insurance company. This gives your insurance provider an opportunity to investigate the incident and determine if you have a valid claim for benefits. Failing to file a claim within hours or days of an accident may make it harder to obtain a favorable insurance settlement.

It may also make it harder to obtain compensation in a personal injury case as you may not be able to establish that an accident was the proximate cause of your injuries. If you fail to file a California personal injury lawsuit before the statute of limitations expires, you may forfeit your ability to obtain a favorable jury award. Although it may still be possible to settle your case outside of court, not having the ability to take a matter to court provides other parties in the matter with significant leverage.

Take Control of the Narrative

Another benefit of taking swift action after a car accident is that other parties have less time to spin the facts in their favor. For instance, the driver who caused the crash to occur might claim that you were speeding, distracted, or otherwise acting in a negligent manner when the collision occurred. There is also a good chance that other parties to the accident will submit witness statements, videos and other evidence that might help to limit their liability.

Therefore, it is important that you take the time to make a statement of your own as soon as you are healthy enough to do so. It is also in your best interest to find witnesses who are willing to submit written statements on your behalf. It’s important to note that you should never talk to an insurance company without a California car accident attorney present.

This is true whether you’re talking to your own insurance company or the other driver’s insurer. Typically, whoever you speak to will parse your statement for inaccuracies, contradictions or other issues that can be used to undermine your credibility.

Your attorney will likely take steps to ensure that you don’t say anything that could jeopardize your ability to obtain a favorable settlement or jury award. Legal counsel may also be able to assist in the process of amending your statement if the need arises.

Taking Immediate Action Could Prevent Evidence From Being Altered

If your accident takes place in a populated area, there is a good chance that it will be caught on camera. However, if you don’t obtain video footage in a timely manner, there is a chance that it could be altered, erased or taped over before you can submit it to the insurance company.

It’s important to take photos of the crash scene before authorities have a chance to clean it up. This may make it easier to prove that your car was struck from behind or by a vehicle attempting to make a left turn. They may also show evidence that the motorist who caused the accident failed to stop, slow down or take other actions to prevent the wreck from happening.

Authorities may conduct field sobriety, Breathalyzer, and other types of tests at an accident site if there is reason to believe that alcohol was a factor in causing a wreck to occur. You should insist that these tests be conducted as soon as the police arrive to ensure the most accurate results. The results of these tests will likely be included in the police report that is sent to your auto coverage provider.

Gathering evidence immediately after a collision makes it even easier to tell an accurate and coherent story. This may increase the odds of having an insurance claim approved in a timely manner, which means that there would be no need to pursue legal action. In the event that an insurance claim isn’t resolved to your satisfaction, an abundance of evidence may make it easier to obtain a settlement in a relatively short period of time.

Typically, filing an accident lawsuit after the statute of limitations expires means that your case will not be heard. However, there is a chance that the judge assigned to the matter will make an exception depending on the facts of the matter at hand.

There are several reasons why a California personal injury lawsuit would be allowed to proceed more than two years after the date of a car crash. For instance, if you were a minor when the accident happened, you will likely have until at least age 20 to take legal action regardless of when you were actually hurt.

The statute of limitations clock may also toll if you are incarcerated or mentally incapacitated. Finally, you may be granted an extension if you failed to immediately identify a car wreck as the proximate cause of an injury. It isn’t uncommon for symptoms of a concussion, brain bleed or other injuries to present hours, days or weeks after a crash.

It’s possible that your insurance company will let you know when the statute of limitations is about to expire in your case. However, there is no guarantee that this will happen, and it’s unlikely that you’ll be notified in the event that your insurance provider is liable for paying out a valid claim. This is because coverage providers are seeking to limit their losses, and letting the clock run out on a case is an effective way of doing so.

What to Know About Claims Against Government Agencies

You only have six months to file a personal injury claim against a state government agency, city, or county. The same is generally true if you’re filing a claim against a school district, but an exception may be made if a state college or university is named as a defendant in your case.

Legal Counsel Will Likely File a Lawsuit Right Away

Don’t be surprised if filing an accident lawsuit is among the first steps that your attorney takes after he or she is hired. This is done to ensure that the statute of limitations won’t run out, and it’s important to note that it doesn’t mean that your case can’t be settled outside of court. In fact, you’re allowed to accept a settlement at any time even if your lawyer doesn’t believe that it represents the best offer the other side might make.

If you are hurt in a car wreck, you may be entitled to compensation for medical bills, lost wages, and lost future earnings. You might also be entitled to compensation for emotional distress, loss of consortium and other damages related to an accident. An attorney may be able to help ensure that your insurance and legal claims are filed in a timely manner. Furthermore, an attorney may be able to use photos, videos or other evidence to prove that the collision was caused by another person’s negligent behavior. 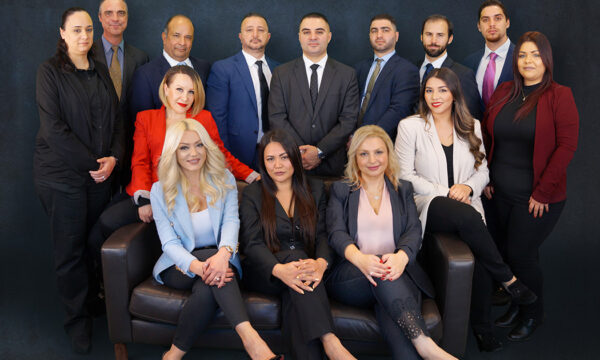 Our expert California injury lawyers are ready to defend you in your accident, injury, or negligence case. Contact us for a FREE evaluation. No win, no fee: you pay us only when we win your case.