The lawsuit arises when someone is killed due to negligence, misconduct, or wrongful act of another person or entity.

It is important to understand that a wrongful death lawsuit is different from a criminal lawsuit because the deceased is killed because of an accident and not by an intentional act. Accordingly, wrongful death claims are usually made in the following circumstances:

Of course, there are lots of other circumstances as well, but it should give you some idea of when a wrongful death lawsuit can be filed.

Who Can File a Wrongful Death Claim in California?

According to the California Code of Civil Procedure, only certain individuals are eligible to file a wrongful death claim on behalf of the descendent. Here is an overview:

For ease of understanding, the list can be roughly divided into three distinct categories:

In fact, the loss of an important family member can have far-reaching financial ramifications. Not only do the surviving household members need to incur medical expenses due to a mortal injury but they also need to arrange for a proper funeral. Depending on the circumstances, the financial problems can continue to haunt family members for years to come.

The trauma of losing a loved one can also impact the spouse and children mentally. It can lead to distress, anguish, and emotional breakdown. As a result, the California Code of Civil Procedure gives preference to immediate family members in such proceedings.

Other family members such as parents, grandparents, a domestic partner, siblings, or minor children supported by the deceased can also file a lawsuit. For the court to provide any sort of compensation, such individuals will need to prove that the death of the deceased caused financial or mental hardship.

Legal guidance from a personal injury attorney can help prove such claims. In many cases, it’s easy to prove because parents and grandparents often develop a very close emotional bond with their children and grandchildren. Similarly, if the deceased supported a minor such as a niece, nephew, or anyone else, a representative of the minor children can file a lawsuit on their behalf.

Certain non-relatives such as friends, a partner not married to the person, a partner’s child, or a putative spouse can also file a lawsuit. While it is relatively more challenging for non-relatives to qualify as wrongful death claimants, it’s generally possible.

For instance, there are instances of the putative spouse filing the lawsuit. A putative spouse is a person who is unaware that the deceased is already married. Likewise, anyone else, who can prove financial and mental hardships caused by the loss of the deceased person can qualify to file a lawsuit.

What Type of Damages Is Plaintiff Entitled To?

There is no doubt that the death of a loved one can cause immense financial hardships and emotional breakdowns. While the loss of human life is immeasurable in monetary terms, California laws try to make reasonable efforts to offer financial security to the plaintiff.

The compensation can be divided into two distinct categories: economic and non-economic. 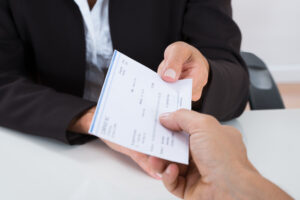 Compensation Due to Economic Loss

According to California law, the plaintiff is entitled to:

Compensation Due to Non-Economic Damages

The plaintiff is entitled to:

Apart from the above-mentioned compensation, the court can also award punitive damages. Punitive damages are designed to deter perpetrators to commit any reckless act in the future.

Is There a Time Limit to File Wrongful Death Claim?

Filing a claim is a time-sensitive matter. Under normal circumstances, the statute of limitations time deadline is two years. It means that the plaintiff must file the case within two years of the incident.

Regarding medical malpractice, the California Code of Civil Procedure, Section 340.5, dictates that the plaintiff must file the case within three years or within one year of discovering the injury.

The deadline is six months if the case is based on government tort liability that includes an accident or medical malpractice involving a government agency, employee, and a state or county hospital.

Getting Help from a Personal Injury Attorney

It’s a fact that statutes of limitations can be overly complicated. Besides time limitations, various legal factors can affect the outcome of the case and the amount of compensation.

On a positive note, and unlike a criminal prosecution, where the prosecution must establish the guilt without a reasonable doubt, the guilt in a wrongful death claim can be established by a preponderance of the evidence. In simple words, it means that the personal injury attorney can get the verdict in the plaintiff’s favor by showing that the defendant is most likely not responsible for the death of the victim.

Under such circumstances, the family or the person affected by the loss should take immediate action. While nothing can compensate for the loss of a loved one, it only seems prudent to suggest that the compensation will help the family or a dependent to secure their future – something that the deceased would have wished.