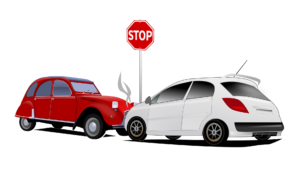 A two-vehicle collision that happened Monday afternoon left one person hospitalized, according to the California Highway Patrol group. A black sedan and another car crashed into each other in the 777 block of Fern Drive in Crestline around 2 p.m. on May 3.

The CHP reports that a female exited the black sedan after the incident, requesting an ambulance. Medical help arrived at the scene soon after and confirmed only one person suffered minor injuries. They were taken to St. Bernardine Medical Center via ambulance.

The car accident remains under investigation. It’s unclear whether alcohol or drugs are factors.