Motorcycle accidents are more likely to result in bodily injury because a rider has less protection compared to someone who is traveling in a car. Those who are hurt in a motorcycle incident may find it worthwhile to file a personal injury lawsuit. A California Personal Injury Attorney may be able to guide an injured victim through the process of doing so. Let’s take a look at the common causes of a motorcycle accident, the types of injuries that a rider might experience and how to tell if a crash victim should pursue legal action against another party.

Poor Road Conditions Are Among the Common Causes of Motorcycle Accidents

Riders who encounter roads covered in water, leaves or gravel may be at a greater risk of getting into accidents. These poor road conditions are among the common causes of motorcycle accidents. They may also be at a higher risk of getting into an accident if they encounter roads cratered with potholes.  A motorcycle’s wheels must maintain constant contact with the ground if it is to stay upright. This is because it only has two wheels as opposed to the four that the typical passenger vehicle has.

Poor Weather Conditions Can Cause Motorcycle Wrecks to Occur

It’s generally not a good idea to ride when it’s raining, foggy or extremely humid outside. This is because you will likely experience reduced visibility while traveling on local roads or highways. In many cases, the poor weather condition can cause your full helmet to become fogged or wet visor, even when breathing heavily can also result the inside of the helmet to become wet or foggy, reducing visibility. If you wear glasses, they may also be at risk of becoming foggy or wet.

Speeding Can Be Dangerous for Everyone

Excessive speed can increase the chances of an accident for any biker even if that person is sober. This is because it can be harder to stop, slow down or take other evasive action to avoid a crash while traveling at a high rate of speed. Furthermore, the force of a collision is typically greater the faster a bike is moving when a wreck occurs.

Therefore, there is a greater risk of significant property damage or bodily injury in a collision involving a speeding motorcycle. In some cases, a person could be stopped for speeding despite the fact that he or she is in compliance with a posted speed limit. This may be true for those who are riding on roads covered in water, snow or ice.

When a driver makes a left turn, that person typically scans the road for signs of other vehicles that may be in his or her path. If there are no cars in the way, that’s generally taken as a sign that it’s safe to make the turn. However, this is not necessarily the case as a motorcycle can easily remain hidden behind a car or commercial truck.

It’s also possible that a motorist makes a left turn without even bothering to check for oncoming traffic. This may be because the motor vehicle operator is distracted by a passenger, is driving while tired or is impaired by drugs or alcohol.

Inexperience Can Be a Biker’s Downfall

Today, it’s generally accepted that younger drivers are more likely to get into accidents than older drivers. This is because they lack the experience needed to make good decisions under pressure. The same concept is true among those who ride bikes instead of driving cars.

An inexperienced rider may be vulnerable to choosing a bike that may be too big or heavy to control. Furthermore, individuals who haven’t spent a lot of time on their bikes may be more likely to hit the brakes when they feel as if they’re losing control of their motorcycles. Ideally, a rider will trust the bike’s ability to stay upright while going around a sharp turn or after making other sharp movements.

It’s worth nothing that hitting the brakes may cause a rider to be thrown off the bike as opposed to simply sliding along the ground. This could result in significant injuries as well as significant damage to the bike.

Speeding, not wearing a helmet and riding while impaired are not the only questionable decisions that riders make. In addition, they may attempt to ride between vehicles as if there is an invisible third lane that only they know about. While it may make a motorcyclist feel safe to be in a relatively enclosed area, it can spook drivers and cause them to make decisions that can put a biker’s safety in jeopardy.

Road Rash Is Also a Common Injury for Riders

It’s not uncommon for bikers to experience scrapes, bruises or lacerations throughout their body after a fall. This is known as road rash, and it is a typical motorcycle injury among those who fail to properly cover their bodies before going out for a ride. It’s also possible for those who aren’t covered in the right material to experience this common injury.

As a general rule, bikers are encouraged to wear leather boots, pants and gloves as the material protects their skin when it makes contact with the road. Motorcyclists are also encouraged to wear a leather jacket whenever they’re on their bikes.

A Concussion Is Another Common Type of Motorcycle Injury

Concussions occur whenever a person’s head makes contact with another solid object. Upon impact, the brain is literally squeezed against the skull in an unnatural manner. It’s important to note that a rider could experience a concussion even if he or she is wearing a helmet at the time of impact.

Of course, those who aren’t wearing helmets at the time of impact may experience a cracked skull or other serious head injuries. Depending on the severity of an accident, an injured victim may need immediate surgery to prevent permanent impairment or death.

The Benefits of Contacting an Attorney After a Motorcycle Accident

After seeking treatment, an accident victim is encouraged to get in touch with a California PI attorney. A legal representative may be able to help an individual determine if he or she is entitled to compensation from another person or entity. For instance, if the crash was caused by a driver who turned left too soon, that motorist would likely be liable for any damages an injured biker sustained.

If the crash was caused by defective brakes, improperly installed tires or other mechanical defects, the manufacturers of those parts may be liable for damages as well. In some cases, a motorist, part manufacturer and other parties may all be named as defendants in a personal injury case.

Speaking with an attorney may make it easier for an accident victim to better understand his or her rights and how to preserve them. Although most accident cases are resolved outside of court, an attorney may file a lawsuit immediately after being hired. This helps to ensure that a plaintiff doesn’t lose their right to sue because a case wasn’t filed before the statute of limitations expired. 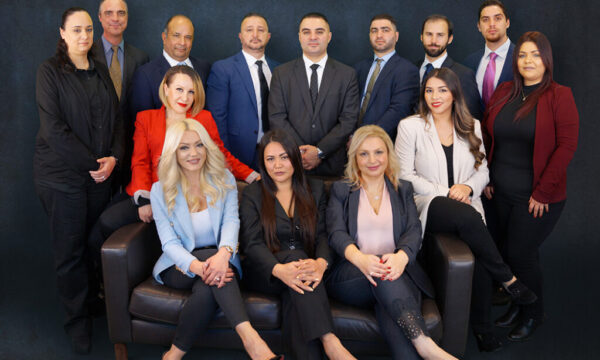 Our expert California Injury lawyers are ready to defend you in your accident, injury, or negligence case. Contact us for a FREE evaluation. No win, no fee: you pay us only when we win your case.